What the local group means to the member 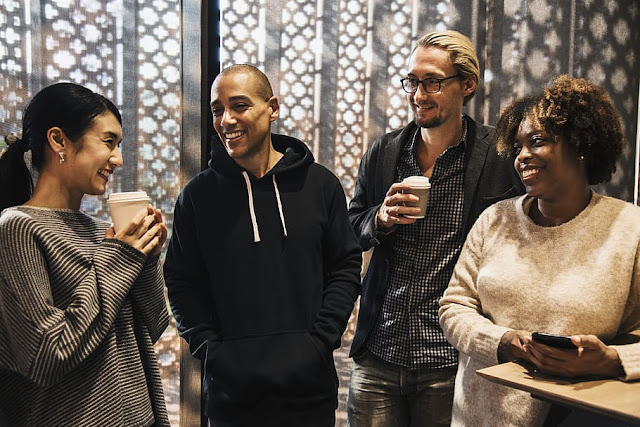 What the local group means to the member

I suppose that I could have written this article from my experiences with Y.C.W. members over the years. However, it seemed to be the best and the most honest method if I asked various members to tell it in their own words, so I approached a number of Y.C.W. members and ex-Y.C.W. members and asked them the following questions.

What was good and valuable in the Y.C.W.?

Where did it fall down as far as you were concerned?

The following is a summary of what they told me.

2. Why did they continue to come?

Again almost without exception it was not because of what the meeting was on about, but because of the people that were there. Most people spoke about how the people there were friendly. Someone took the trouble to come over to speak and invite you to join in. You were accepted. The atmosphere was different from the usual meeting place of young people where the stranger often feels out of it.

A number of people who joined going groups spoke of how they were impressed by the leaders of the group. These leaders were in charge at the meeting. They seemed to have some purpose in what they were doing. They were obviously taking responsibility for the group. They had to be people who saw value in the group or they wouldn’t be doing what they were doing. They obviously had a belief in people – you could feel it in the way they acted.

Another significant number spoke of how they were co-opted almost Immediately into taking some responsibility.

Nearly everyone spoke first of friendship. The group offered a community of people where everybody felt at ease. The level of discussion was different from other places. You could talk about anything and everything.

People didn’t laugh at you. They were concerned with your problems. Guys and girls could have deep discussion and even arguments on subjects that you didn’t normally talk about in groups. You belonged to a group that went places together and did things together. There was always something on.

A large number of people spoke of how the group had helped them towards self improvement. “When I joined the group I couldn’t talk to anyone. Boy was I shy.” “I couldn’t talk in public – I’d just freeze.” “I remember when I was elected President if I didn’t have the faintest idea on how to run a meeting.” “Before. joining Y.C.W.. I didn’t have any notion about politics or social studies or things like that, I wouldn’t even read a newspaper.” “When I had to go and knock on someones door first time – I’d have run a mile to get out of it.” “Before I joined Y.C.W. I wouldn’t have volunteered for anything – I was just too selfish.” “I never used to work things out for myself before – like what I spent money doing or what to wear or anything, I used to just sit around and do nothing much – then I joined Y.C.W. and there aren’t enough days in the week. Y.C.W. helped me understand God – before I used to just listen to what people told me. “I couldn’t have imagined me spending a weekend digging some old lady’s garden, bit it was good,"

For a significant number of local group members who went on to become committed to the Y.C.W. at a further level, the turning point was some specific Y.C.W. training. Numbers of these people can recall their first training weekend. Though many years have passed they can recall who was in their group at that weekend and who gave the talks. One girl said “and then I went to the diocesan council and that was the turning point.” Many of our greatest leaders over the years will point to a National Key Leaders School as the focal point of their commitment. A lesser, but significant number speak of the books, magazines or articles that they have read. Again a large number of our committed leaders will point directly at another leader. “And then X began to take an interest in me. She used to ring me up and cane around and meet me for dinner. She used to challenge me to do things.”

We did a lot of talk and no action. You’d go on training weekends and you’d came back all steamed up, but nothing much came of it. There was no follow up. I don’t think I got much help in how to go about it. You’d get a certain distance and you wouldn’t know where to go from there. We’d always get back to discussing the same old topic – like “What do you want to get out of Y.C.W.” or “work.” I don’t think I was pushed enough. The group used to just muck around and then go down to the pub. We always had this group of stirrers who would muck up anything we tried. We got into too much of a clique and then we didn’t go further.