Sharing in the joy of creation 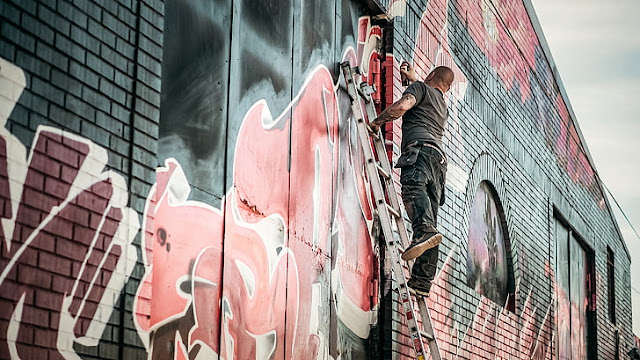 Sharing in the joy of creation

If it be true that God made each of us as a unique individual because He willed us to play a unique and irreplaceable role in the history of the world, then it is important for us to discover and fulfill that role. How can I discover my role? Since it is a unique role I cannot do it simply by following the actions of others. However, there are some general areas of life to which all men are called. The Vatican Council summarised these by saying that all men are called by God to share in the creative, loving and redemptive work of Christ.

Let us look first at the share we have in the creative work of God.

The book of Genesis tells us that in the beginning God created the world – the heavens and the earth, the light and the darkness, the land and the sea, the fish, the reptiles and the birds. And God also created man. He saw that it was all good and on the 7th day he rested.

That of course was not the end of creation. Trees produced seeds which gave rise to other trees. Animals and birds and fish reproduced young of their various species and men and women co-operated in giving birth to babies. So creation continued in the work of reproduction.

Various creatures also used other parts of creation for their purposes. Birds gathered sticks and grass to make nests. The beavers used timber to make their dams. Ants used dirt to make ant hills. But the supreme worker of all creatures was man. Using his God given intelligence and his bodily powers man became “master of the fish of the sea, the birds of heaven, the cattle, all the wild beasts and all the reptiles that crawl upon the earth.”

Man became master of creation. He tilled the earth, used timber for his housing, manufactured tools as implements, and creation continued through the work of man.

As I write I think of the creative genius and work of the men who made and make it possible. The men who discovered plastic. The man who invented biros. The men who discovered and perfected the making of paper. The machines that produce all this faster than the eye can follow. I think of my motor car. Once upon a time it was but dirt in the side of a mountain. Men quarried that dirt, loaded it on trucks and took it to smelters who burnt and refined it, and made steel from it. Other men took the steel and bent and moulded it into shapes. Others assembled the parts together – and behold we have a motor car – the result of the co-operative work of many men.

What does all this mean to the Young Christian Worker?

By our very title we proclaim that we are people involved in that creative pursuit called work. What therefore are, or what should be, the results in ourselves of our work?

There is a very natural joy and fulfillment in sharing in creating. No one needs to tell that to the home gardener who has a great crop of home grown potatoes – nor to the footballer who kicks a few goals – nor to the proud parents of a beautiful baby. All work should be like that. The product of our work should Cause us joy because of the skill, the effort and the thought we put in – and also because of the values and usefulness to others of what we produce.

Man comes into the world a "naked ape" – without feathers or fur, helpless, powerless – needing others for food, clothing, shelter – for survival. Man continued to remain dependent in a high degree on other men. The clothes we wear, the food we eat, the house we live in, the electricity we use – for all these we depend on the work of others beside ourselves. For us to live as we do requires a giant work of co-operation and dependence of all workers. There should be a joy in this – the joy of belonging to a team – the joy of being of service to others. Every man should be able to feel that in his work – He is a part of the team of the workers of the world.

3. Joy of seeing the development of the world

The great marvels of science and technology in medicine, in engineering – the production of the motor car, the aeroplane, electricity, the computer – All these things are the result of the work of human minds and human hands.

In the history of man we should continually be going forward and every worker is part of the great human team of all ages working to fulfill the command of the Lord in becoming masters of creation.

4. Joy of sharing the work of creating with God

The man who holds a watermelon that grew in his garden knows, if he thinks at all, that he is not solely responsible for it. Sure he dug the garden and planted and watered the seed – but who made the seed? And who gave it the power to send out live tentacles called roots to collect goodness and moisture from the soil and transform that into living watermelon? We human beings love to work with and share with those that we love.

If we only loved God half as much as He loves us, we would have to love gardening (or any other form of creative work) as it is a way of sharing and working together with God. It is His idea to share this with us. After all He could have made cars grow on trees like apples that we could pick and then drive off in – but He didn’t. He chose to share this work of creating with us.

Unfortunately all the good things possible through work don’t work out in practice. This is because of greed, selfishness and materialistic ambitions of; man. This opens out new possibilities of action for man at work. But this will be dealt with in a later article.