How to run a general meeting 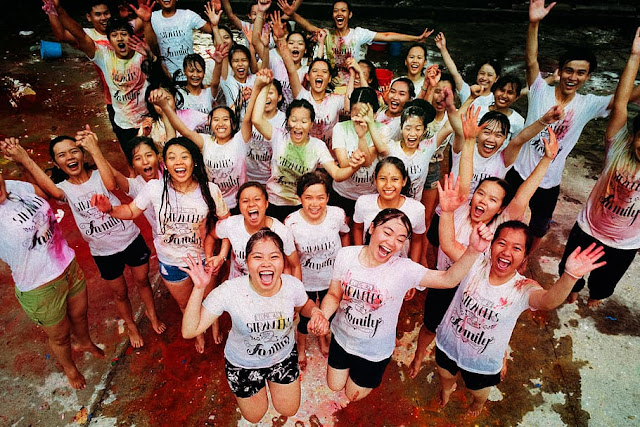 How to run a general meeting

The physical arrangements for the meeting of a group are very important. It is assumed that the Y.C.W. general meeting is an open group to which all young workers are invited and at which all young workers will be made welcome. Hence it is important in the first place that the place of meeting be a welcoming place. I believe therefore the general meetings should be held for the most part at a public place rather than in member’s homes.

Many groups open their meeting place approx. half an hour before the meeting is due to begin. During that half hour they have music going. The table tennis table is set up and people begin playing. Members arrive and talk to one another about the happenings of the week. The atmosphere here is friendly and noisy and the stranger can easily walk in and make friends. Arrangements for coffee etc. after the meeting are got under way.

The actual meeting should start on time. Once a time is set it ought to be kept. Late comers will soon learn to respect the wishes of the group and try harder next time to be punctual. The placing of the chairs is also important. Most groups seem to sit in a circle in such a way that everyone can be clearly seen by everyone else. The circle should be enlarged to include late comers. If they are allowed to sit in the second row outside the circle this will increase the possibility of them being uninvolved and talking among themselves.

The President should have his meeting planned and the plan written out. The general outlines of the meeting will remain the same for most meetings and the following plan is given as an example of a fairly typical general meeting.

Let us go through each of these points.

Many groups argue over whether they should begin with a prayer or not. The Y.C.W. is a Christian group. We do claim to work and meet in the name of Christ. The aims of the movement, are well expressed in the prayer and I believe that the fact that there are members of other faiths present should not deter us. If they are Christians they may well like to join in.

The minutes of the previous meeting should be read and confirmed at each meeting. The minutes should be short. They should report all the happenings of the meeting, but not all that was said. They should specifically contain all that was decided upon at the meeting. The minutes should be written in a book and thus kept. The secretary to do this will need to make notes during the meeting and write them up afterwards.
What is the value of having minutes? From the Secretary’s viewpoint it involves him/her in the meeting and it trains him/her in a real skill. From the group’s viewpoint, it reminds them of decisions made and responsibilities shared. It provides continuity in the action of the group.

When the minutes have been read, the President should ask for any objections to the minutes as read, and if there are none should call for confirmation of the minutes by a show of hands. The decisions made at the last meeting should then be followed up to find out if the work allotted to members has been carried out.

(3) Treasurer’s report and collection of subs:

The Treasurer should each week report on the amount of subs collected last week. About once a month he/ she should report on the whole financial situation of the group by giving a report of all transactions during the past month. Any bills to be paid should be presented to the group and a motion passed that this be paid.

Finance is an important part of the movement on the local scene, at diocesan level, at the national and also the international level. The treasurer therefore should learn the reasons far finance and the financial position of the whole movement. From time to time he/she should be given the right and the responsibility of addressing the meeting to help educate all members on the need for and the use of finance within the movement.

Finally money is an enormous factor in the lives of all young workers. The abuse of money is one of the great causes of evil in the world. A good treasurer might well take the responsibility of helping all members in their attitude to money, e.g. Banks in recent times have made great efforts to get people to get Bank Cards. Bank cards used well can be efficient and time saving. Used badly they can be a means of people spending money they haven t got and on things they don’t need. A good treasurer noting this would try to educate members in the issues to be faced in accepting or rejecting bank cards.

(4) Review of happenings of the week:

This is probably also the most difficult as it is hard to see where it is leading. However it is a foundation for all that is ahead in the formation of the Young Christian Worker.

The President should expect that all members will contribute to this part of the meeting. What members are required to do is to tell the group about something in their life that happened during the past week. They are asked to pick out something significant. By this is meant something that made them really think. Each member should briefly say what his “Happening” was. It could be something at work, or at home or. at leisure. It could be something he heard about or read in the newspaper or heard at church or in the bus. When all have spoken up it would be good if the group could go back to one person and talk a little more deeply about that happening.

When the group comes back to this happening, the President might ask the members to think of the values present in this situation – how so many people are lonely, need someone to talk to, someone to trust them, someone to care about them – how very often these are the people who need us and yet we neglect them.

This could lead Elizabeth to talk about her father. How she had decided years ago that she and her father just couldn’t get on. He never understood her – wasn’t interested in her work or her friends. She might question if she can talk to the man at the bus stop and be interested in him, why couldn’t she be more interested in her dad. This might lead to action and Elizabeth over the weeks could discover that when she treated her father with friendliness, openness and respect, and listened to him without condemning (which doesn’t necessarily mean agreeing with him) then she was showing that she cared for him and she was creating a better atmosphere in her home and was bringing peace into the heart of her father and the other members of the family.

It is valuable if the President can ask the members if they can remember parallels in Christ’s life. The Chaplain can often be useful here. We might recall the gospel where the blind man was sitting by the side of the road when Our Lord and a crowd of people passed by – and how our Lord, even though he was surrounded by people, was still very much aware of the blind man and his call for help.

(5) Main business of the meeting:

This part of the meeting might be a film, a talk, a discussion about some subject, an organising of some social thing, or some action the group is going to put on. How do you work out what subjects to discuss or what speakers to get etc.?

If you listen to the “happenings” part of the meeting, you will often see needs, e.g. if someone mentions how a neighbour’s marriage has broken up over alcohol – it could be worthwhile to have a speaker on alcoholic anonymous. If you hear of how some Y.C.W. members were imprisoned in South Africa, it could be worthwhile to organise for the group to see a film about South Africa and the apartheid question.

There are a great wealth of speakers and films on most topics if we only know where to go. The full timers could be very helpful here – after all you pay their wages so you might as well use them.

The best topics for speakers, films or discussions will always be ones that affect the lives of the members now. Besides this is what the aim of the Y.C.W. is all about a service to the members in his life – not just to entertain him or fill in a night.

It is important not just to have the speaker but for the President or some leader to mention why the speaker was invited – preferably tieing it in to what some member had brought up at a previous meeting in “happenings” time. It is important also to have some little time for questions or discussion after the talk. This may sometimes have to be left to the following week, but members should always be asked to express their opinions on what went on and what value it was and whether they see anything further that should be done.

If anything needing much discussion comes up it might be better to make it the “Main Business” item for the following weeks meeting.

Many groups have a “census keeper.” His/her role is to get name, address, phone number and job situation of any new members. He/she will also be given the names of new people in the district or young people who have left school. It will be his job to make sure that the group remains an open group, and that they never stop recruiting. He/she might organise the whole group to go out visiting young workers in their homes regularly.